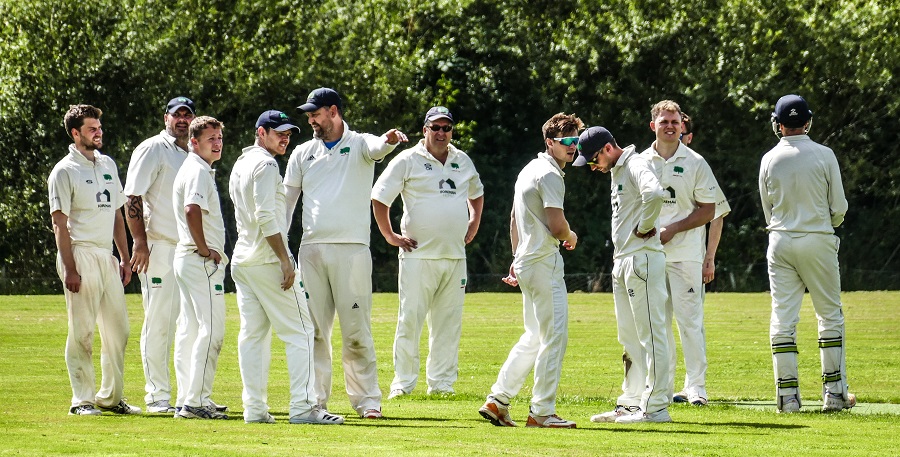 The Oaks were beaten with reasonable comfort on a pivotal day down at a sun-soaked Bishop’s Waltham.

Batting first, Waltham were turgid against some excellent early bowling from Stef Kaltner and Mike Bryant. However, apart from an early wicket for Mike, we just couldn’t get a breakthrough against determined batting.

There were mini chances such as a possible gloved edge not given and a couple of tricky catches going down. We have learnt that at this level, these harder catches must stick as they don’t come around often. Winning teams take difficult chances.

The Oaks kept going though and the team spirit couldn’t be faulted as they battled for wickets as Waltham slowly began to dominate. It was at this point that you could see where Covid affected Neil Robinson and Josh Carpenter, could have made that marginal difference to drag the scoring back and take a wicket or two.

You can’t legislate for such things and credit must go to the two Tom’s, Dickinson, and Barnes, for standing up to be counted. Tom Dickinson was excellent after a rusty and nervous start, but Barnes couldn’t quite shake off the inconsistency that comes with lack of game time.

The Oaks did pick up a few more wickets with Mike Bryant getting a second. Then Alex Brundle got a classic ‘shit delivery’ wicket that had Holder living up to his name by somehow holding back the vomit. Stef Kaltner got small reward for a another battling performance with a late wicket but pick of the bowlers was Clive Welsman. Clive was stingy again, without the reward of a wicket. 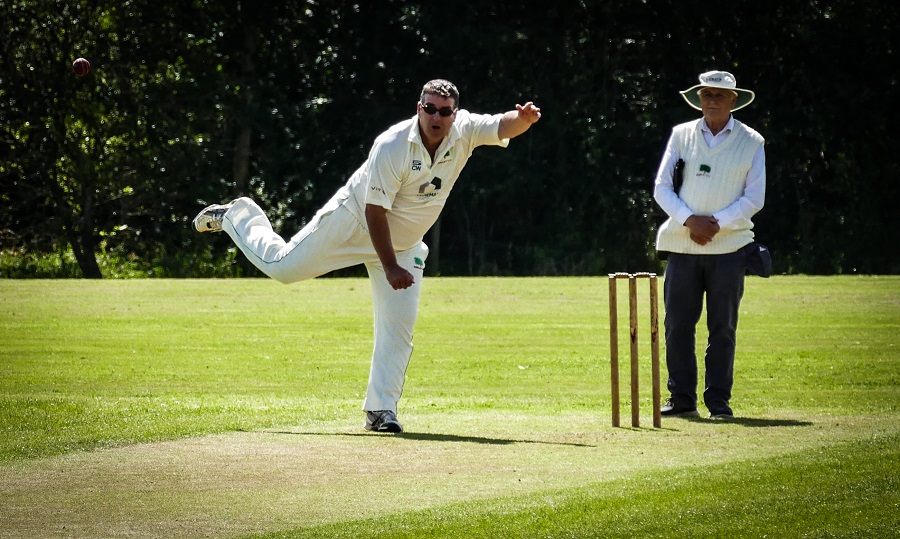 Waltham pushed on and posted 210 which was more than The Oaks had hoped for but not an impossible task by any means. It was now all about what Waltham had in the bowling department.

Much depended on Gerry Dique and Will Cheyney and they got off to a decent start. It didn’t last long though, and when Will departed and Gerry followed, The Oaks looked right up against it as the run rate increased.

Dan Jones fought gamely for 26 and indeed, no one else chucked their wickets away. We just weren’t good enough in the face of some excellent bowling, particularly from Medhurst, the Waltham spinner, who posted an excellent 4-15 off 8 Overs.

In the end, The Oaks were left looking for bonus points and respectability, which came from the tail end. The batting of Stef Kaltner (22 not out) wasn’t his first lower order contribution and maybe something for the selectors to think about.

Overall, The Oaks were reasonably well beaten but not without showing resilience. The Waltham umpire summed it up by saying, “Nothing wrong with your team, they just lacked that one match-winner they needed”. It was a good summary as everyone played hard and well; we just missed a ‘Brad Factor’ type innings to propel us to greater things.

With the teams around us winning and our remaining games against promotion chasing sides, we are now deep in relegation trouble. The dressing room door in the last chance saloon is open and the fat lady is gargling her mouthwash, ready to go.

However, this show ain’t over until the band starts playing, and the fat lady sings.