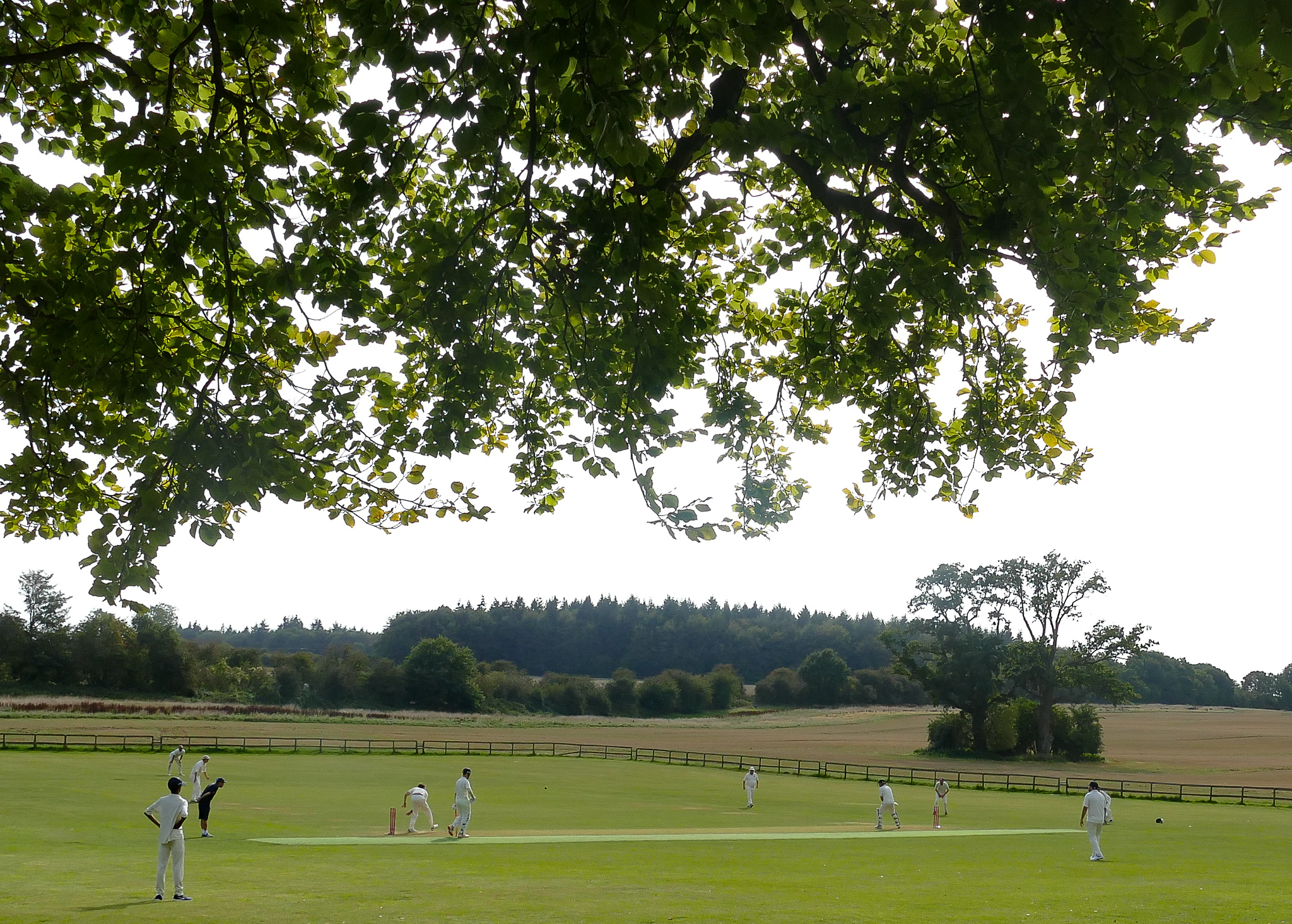 So, the last Sunday game of Ian’s stint as captain, fittingly, ended with a victory against Elmhurst, a friendly nomad team with a captain who could fall out with a mirror. He tried his best bless him but kept on upsetting his own teammates by being needlessly biased towards Oakley.

Anyway, I can’t really remember much apart from all 3 Hamilton’s getting a bowl, with two youngsters of the three (Rueben and Herbie) looking like genuine Oaks stars of the future. I bowled as well, getting a vital wicket to ensure I picked up another Sunday bowling trophy for my attic.

DJ picked up four wickets, AB one, Mike ‘Expensive’ De Vos (say it in a South African accent) got two, and Reuben the other two, reducing the visitors to 123 for 8 after 35 Overs. Celebration of the innings went to Andy Hamilton after he roared with delight when his son cleaned up a 13-year-old for a golden duck. I thought we’d won the Ashes for a minute.

Chasing the target was all a bit simple, with Ian and Alex seemingly in a hurry to get the job done. Ian did get out on 21 but Alex went past 50 and retired, leaving it to Will Monty, Ravi and Matt Clift to finish the job without alarm.

We then played a quick 10/10 game which gave our non-batters a stint at the crease, meaning everyone got a game. Elmhurst won it with a couple of balls to spare.

We then retired to the club garden for a few beers and laughs. This included the tale of Andy Hamilton and his vegetarian diet that allows him to eat sausages and burgers, but only if he feels like eating them. We hung on grimly for a good couple of hours, sitting on the square trying to pretend that the season wasn’t over as the sun began to set over Oakley Park.

It was a good way to end the season. Having a dad and his two boys playing in a Sunday team is what we are all about as a club. I have to say that Ian has brought new players into the team and made them feel at home and part of Oakley CC. I have had some great laughs playing on Sunday’s this year, if not any great innings.

As dusk became darkness, we exited the ground with grand plans for 2021 rattling around our heads as we look forward to continuing to build the club, on and off the pitch. We have much to look forward to, with money in the bank and an expanding membership base. Then, from nowhere, there was one last twist to an emotional day when Ian fell to the ground in tears. Initially we thought something bad had happened, but these were tears of joy, sadness, and plenty in between. The measure of Ian’s achievements had hit home.

I picked him off the floor, pressed my forehead against his and shouted “YOU’RE THE MAN IAN…YOU’RE THE MAN!!” Then we all cried as the farmer drove past in his tractor wondering what on earth was going on. By god, it was an emotional end.

So, the Oakley bus is parked up until April 2021, but hopefully we shall all be allowed to meet again for Christmas drinks.

Key turned, engine off, into neutral, handbrake on…see you all next year.