End of Season Notes From the Chair

So, that is it folks, on the playing side, the 2020 season is over. What an odd season it has been, with the prospect of no cricket at all being replaced by a plethora of Vector Cup games and friendlies. It all ended up quite frenetic, but I think everyone enjoyed themselves. The playing numbers were extraordinarily high. 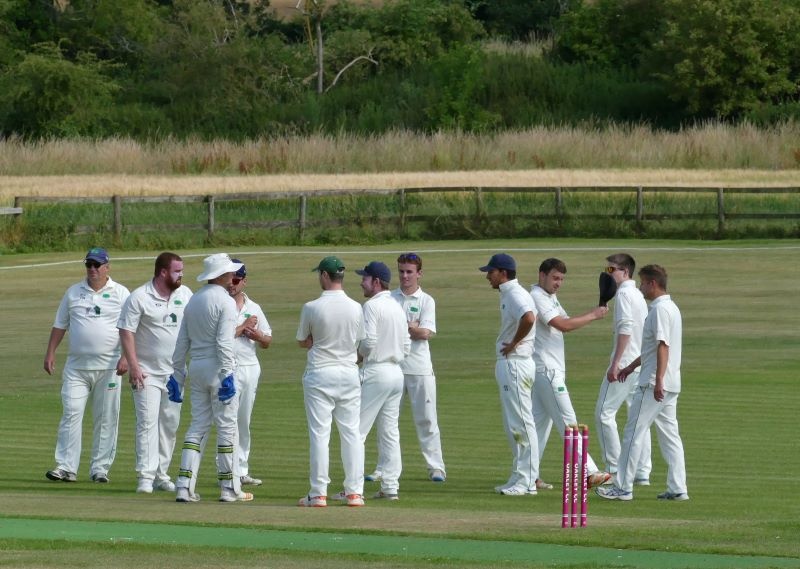 On the pitch there were many plus points, particularly with the outstanding form shown by our captain, Dan Sumner, and the emergence of several good quality colts. 14-year-old Josh Carpenter cemented his place as a First XI opening strike bowler, whilst 12-year-old Harry Tucknott entered men’s cricket as an outstanding talent.

The likes of Noah Beckell, Taner McEwan and Reuben Hamilton continued improve rapidly and Will Rabley and Herbie Hamilton moved up to the seniors without any fuss. I am reliably informed by Dave Bowers and Dan Beckell that the production line at the younger level also looks great. This is very good news for a club reliant on Colts as future members.

The numbers at senior level were outstanding once again. If we are honest, we do appear at present, to have several players who seem to be easily good enough for Two’s cricket, but not quite good enough for the First XI. We are hopeful that with additional coaching in early 2021, we can bridge that gap, as well as bringing in one or two more quality batsmen.

Colts and All Stars 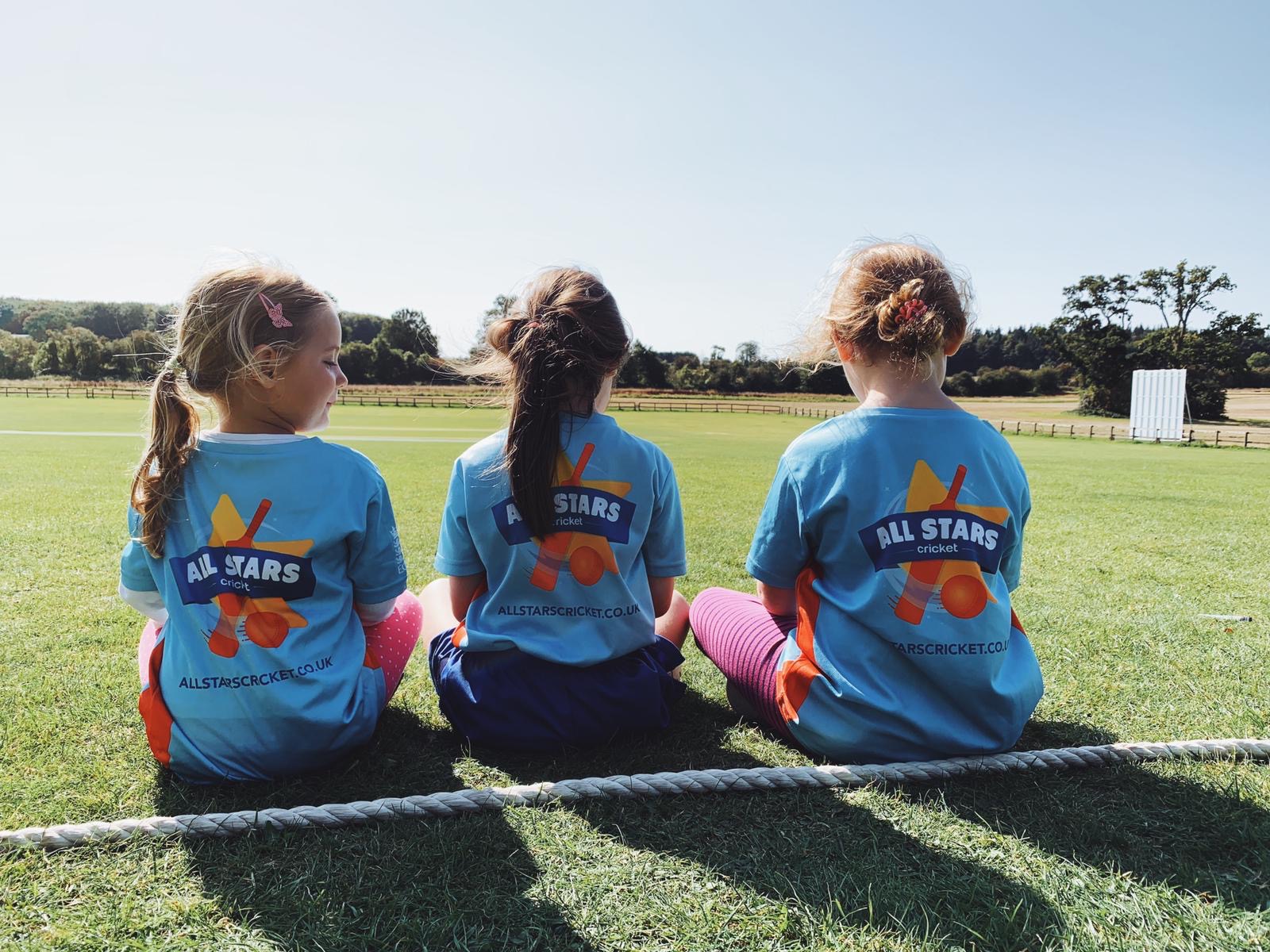 Colts cricket continues its meteoric rise at Oakley Park with Natalie and all her coaches doing an outstanding job. It has been something of a tragedy that we had no Colts League this season. However, the colt’s managers and parents kept the show on the road, working extremely hard to get training on, amidst the Covid19 regulations. I can only applaud them, and all the other helpers who I wont mention through fear of missing one of them out.

We also enjoyed ‘All Stars’ cricket at Oakley for the first time. The success of this was largely down to the outstanding contribution of Ross Hunter, an ex Hants player who now lives in Oakley and is going to play for us one day. Ross wrote to me with the following words.

“I thoroughly enjoyed working with up to 40 boys and girls between three and 8. We completed batting, bowling and fielding drills in the beautiful surroundings as the weather stayed fine. I believe we have created new cricket fans, new members of Oakley CC and new friends who, otherwise, might have not known we existed. It was a pleasure and I would like to thank everyone involved for making it a success”.

Off the pitch, we have been celebrating receiving funding that will allow us to transform our facilities, with work starting at the end of the 2021 season. I will not say how much it is on a public website, but if any member wants to know more, please feel free to contact me. What I will say is that it is enough money to take us to a new level as a multipurpose clubhouse with bespoke facilities. No longer will we point our guests in the direction of the WC’s whilst writhing in embarrassed anguish.

We are also looking at using additional sponsorship and funding money to develop high quality net lanes for coaching sessions. These improvements are what we need to keep the club moving forward on and off the pitch, allowing us to maintain and build our membership.

We also have changes taking place at committee level as a few members move on. We will be holding an AGM in January 2020, with a view to putting in place these new positions. Leaving their roles are Tracey King (Welfare Officer) Steve Bown (2nd XI Skipper) and Ian Bennett (Sunday Skipper). Tracey is the only one leaving the club as she has now done her bit for the Oakley now her boys have grown up. We look forward to seeing Tracey, Jeff, Perry, and Brett at the club next season, either supporting or playing. They are always welcome. Ian and Bownie are staying on as players. Ian wants to concentrate on First XI cricket whilst Bownie has a wedding to think about and organise. It’s nice to see he has his priorities right.

The AGM will see the voting in of the following roles. If anyone wishes to put themselves forward, please do so by contacting me at bob@lethabyandcook.co.uk.

I think that’s about it, except to mention we have a couple of upcoming events that you really do not want to miss. First, we are getting a skip sent to the ground so we can have a good old-fashioned end of season clear up. This involves taking apart the covers and nets as well as the most enjoyable job of all…taking the scoreboard down. You will receive a text from Alex.

Secondly, on Friday 9th October, we have end of season work being carried out on the square to ensure it winters well and is ready for 2021 preparation works. I know people will be salivating at the prospect of these events, but please be patient and allow Alex time to text you.

On a personal note, it has been a pleasure being Chairman once again. I would genuinely like to thank the people who eased the burden of being Chairman as the club continues to grow, on and off the pitch.  I know if I tried to do too much, I wouldn’t be able to cope. As I get older, I have decided I can’t be one of those lonely looking types who dedicate their whole weekend to cricket before returning to an empty home, with only half a loaf of white bread, some out of date lemon curd and a 4 pack of John Smiths as company; I have other hobbies.

That said, I am happy to continue until the time is right for a new face and fresh ideas. Several years ago, we decided we wanted to be a place where we always had something to build on and look forward to. I also said that we wanted to be a club where talented youngsters could have a pathway to success without having to move to other clubs to achieve it.

I honestly believe we are on that trajectory. Over the past few years, we have installed covers, sightscreens, mobile nets, and an electric scoreboard. On the pitch we have 3 teams out every Saturday and one every Sunday, without even worrying about numbers. Our rise has been meteoric, yet no one has had to go elsewhere to get a game.

I am proud to have been part of that and proud to have overseen a club that has attracted such a great bunch of people who have been drawn into our all-inclusive ethos. Seeing people make new friends and even work colleagues, is what being a community club is all about.

The unprecedented funding we have recently received is testimony to all your efforts, and a shiny refurbished and extended clubhouse is the least we deserve. I better stop now as it is all sounding a bit like an American movie and I might burst into tears. We move onwards and with a bit of luck we can get together for a Christmas beer.

As the old saying goes…Up The Oaks…I hope you all winter well.