Final Review of 2019 as the Summer Draws to a Close!

By Bob Lethaby on September 2, 2019 in latest news 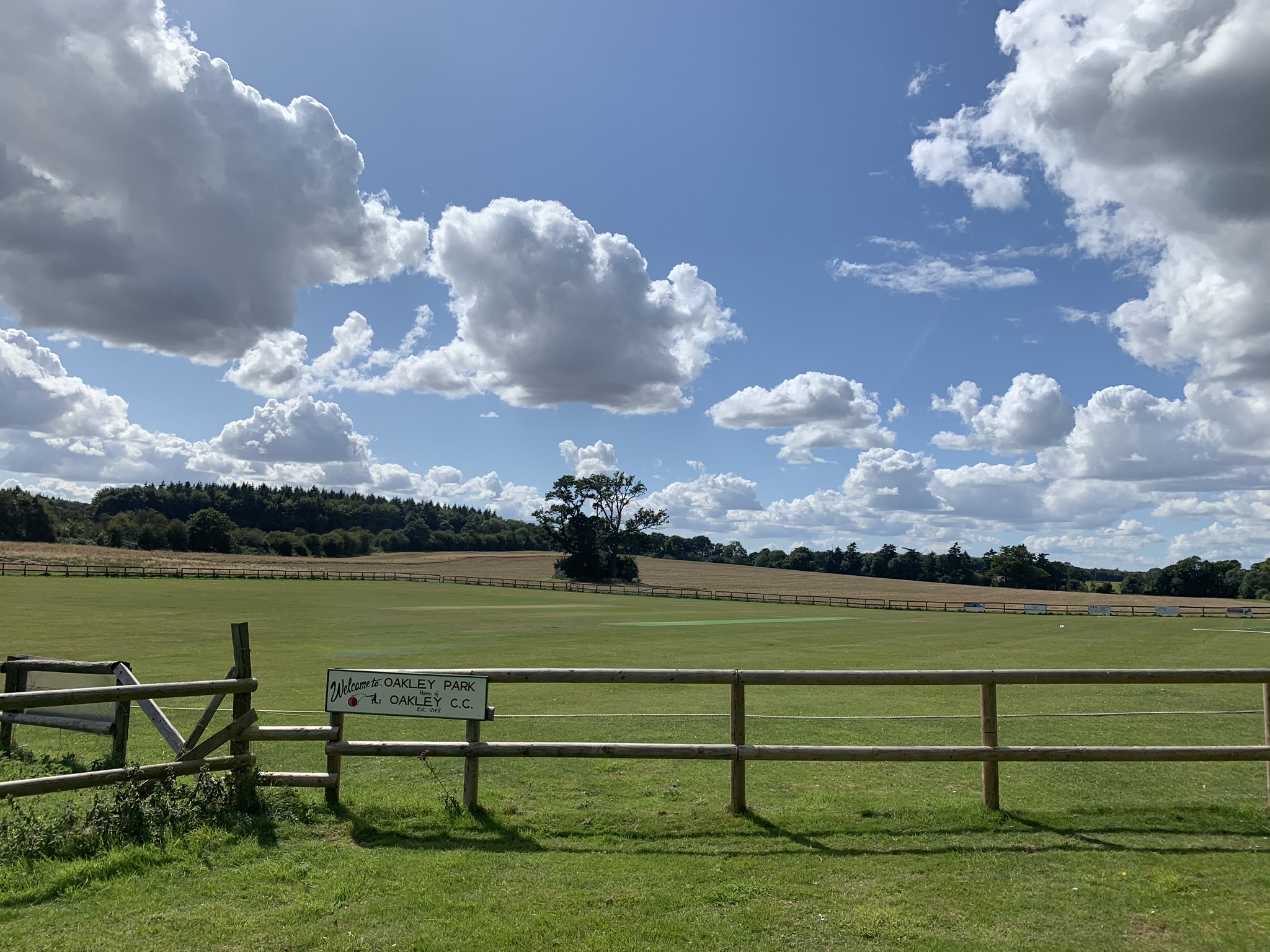 So that’s it then, the season is over for another year. As the sun shone down on the club yesterday, I felt a mixture of sadness it was all over, but relief and pride at what the club has achieved in 2019. Every Saturday match at Oakley Park was completed and some rough weather was defeated.

To finish with a hat-trick of wins was a fantastic way to end the season on what was, fittingly, the last day (31st August) of summer. It was also fitting that the last time all three teams won was on the first day of the season. We didn’t suffer a hat-trick of defeats once and if every game between the 12th May and 31st of August had been cancelled due to bad weather, we would now be treble champions. Sometimes the weather gods just don’t go your way.

The first XI crushed Hungerford, who were finishing the season strongly. However, any hopes our promotion rivals may collapse at the final hurdle were quickly dashed as they all won handsomely. Well done to them. We lost to the two promoted teams, so we can have no complaints, but maybe a tinge of regret that we slipped up against 2 ‘lesser’ teams.

Let’s not forget that our 4th placed finish is the highest in the club’s history, so big congratulations to Dan and the lads. For the record, Hungerford were dismissed for just over 100 and we chased it with two wickets down. The firsts finished with 12 wins and 4 defeats, just 0.27 points away from a promotion slot. I wrote a note in my diary on Saturday, it simply read, ‘Bugger’.

The second XI thumped AWE Tadley to finish a disappointing season where initial hopes of a promotion tilt were soon derailed. The Two’s lacked a bit of form and luck at times but they are still the best second XI Oakley has ever had, so let’s not get down about it; we will be stronger next year.

AWE were skittled for 105 but as is second XI norm, we made hard work of chasing it, with 47 from Alan North digging us out of a bit of a hole after being 12-3. We chased the target with six down. The seconds finished 10th with 7 wins and 8 defeats.

The third XI finished with yet another win, making it 4 victories from 5 to end their first ever season in style. This left them in mid table, a fine achievement considering we regularly had 4-5 colts playing adult cricket for the first time and the fact they had Dave Bowers in the team. They have been excellent and the learning curve they have experienced is a major boost to the club as a whole.

The boys defended 175 in a thriller at Herriard which sadly, was mixed with some odd moments of controversy. Herriard fell 8 short of victory in the last over of the game. They finished a credible 10th with 5 wins and seven defeats.

So, we can all pat ourselves on the back ad reflect on the season. We have had so much going on, hosting Birthday parties, Karaoke, Help for Heroes and numerous impromptu booze fuelled evenings that have been raucous fun.

The end of season party with the water slide was brilliant and the food provided by Mannie worked a treat. It was great to see the club house full of players from all the teams and I am not sure many clubs had an evening like ours. My hangover eventually cleared at about midday today.

Although the season is now over, we still have things to do. We have our awards evening at Dummer Cricket Club on Friday 18th October. We also need to have an end of season groundwork party where we will have a barbecue on the go and the bar will be open.

As I mentioned in the preview, I do believe we need a more robust and active structure to the committee. We are no longer a little club with 20 members plus my dog. Our unbelievable success on the pitch has not quite been matched of it. The clubhouse and ground could be in better condition.

As chairman of the club, that’s my responsibility. I will be talking to existing members about roles at the club and where I believe we can perform better off the field. I have spent a lot of time doing stuff that isn’t really my job and that gets tiring.

However, I believe we can get all this sorted out in a positive way and the feed back I have had has been excellent. We just need to work harder at doing what we say we are going to do.

Anyway, that’s all from me for now. I have loved doing the previews and reports this season and it is great to hear that members look forward to reading them. The social media and website are like a hobby for me, so I will miss not doing them now the season is done.

I hope you all winter well and I look forward to seeing many of you in the indoor league at Dummer as well as the end of season awards. We will endeavour to make it an enjoyable evening for players and their partners. We have some excellent photos from Paul Sumner and Steve Gridley that we will put together for the evening.

So…engine off, handbrake on, lights down…it’s time for the Oakley bus to go in the shed.