We go into week eight of the season looking for a change in fortunes. After the dreadful forecast from earlier in the week, we are now apparently in with a good chance of cricket, with the shower risk receding (I think).

With two successive weeks of a hat-trick of defeats, it is nice to be back to not having to beg steal or borrow players to complete our fixtures. Kris Tucknott will be delighted to have some batsmen at his disposal, with Phil Carpenter, Steve Savage and Ollie Rabley, all returning to the Third XI.

The First XI will be looking to turn in a good performance versus fellow out of sorts rivals, Overton. Both sides have had setbacks after a positive early start to the season and will be looking forward to a good B340 derby. As is always the case in these fixtures, there is never a lot between the two teams, and it is often a scenario where availability (or lack of) is the deciding factor.

What is certain, is it will be refreshing for both sides to be playing competitive but friendly cricket and having a few beers after. Two recent games against the same opposition have made players from both teams wonder what it’s all about. Everyone should look forward to this one and have a good day, regardless of the result.

The Two’s have endured a bit of a miserable time of late, with 4 successive defeats sucking the life out of a promotion challenge. They need to bounce back and get a win under their belts to reignite enthusiasm.

Jack will be delighted to have Jeff Triner, George Rutt,  Ben Robinson and Steve Bown back, whilst regular First XI batsman, James Bayliss, is another handy addition in the grumpy role. It would also be great to see Will Rabley build on his superb 50 last week, a fine effort that went under the radar due to other events. Well done Will, and sorry for the late recognition.

As mentioned, the Third XI are grateful for a host of returning players after relying on just three batsmen last week, one who was out for a triggered duck. It’s great to see Stephen Fuller and Jeff Williams come back for more after making their debuts last week, meaning we must be doing something right. Having Chippy Carpenter, Steve Savage and Ollie Rabbers returning, will also be a big help. A look at the top four is enough to make Geoff Boycott feel all unnecessary.

The Oaks look a bit sort of bowling but some would say that with Bob Lethaby in the line-up, The Oaks are never short of bowling. That some being Bob and his dog and he just nods, if we are honest. It looks like Compton are also struggling a bit so this could be an epic clash of the not very goods. The world of crIcket won’t be watching with bated breath.

So, after a couple of tricky weeks, it’s time to get back to enjoying playing again. It’s incredible how much better we play when the pressure is off an there are smiles on faces. I am predicting this weekend to go into the Oakley history book as ‘Bounceback Saturday’.

Off we go again. 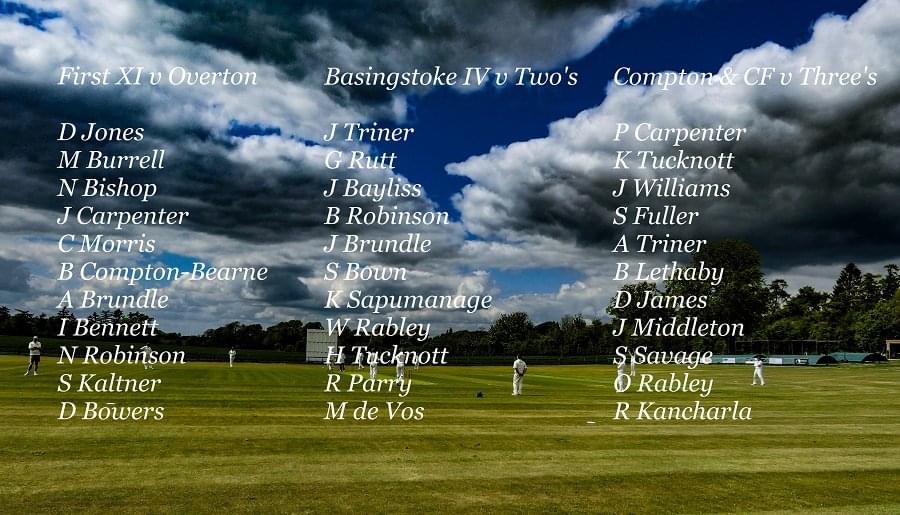