Weekend Preview as a Deluge of Rain Hits Hampshire 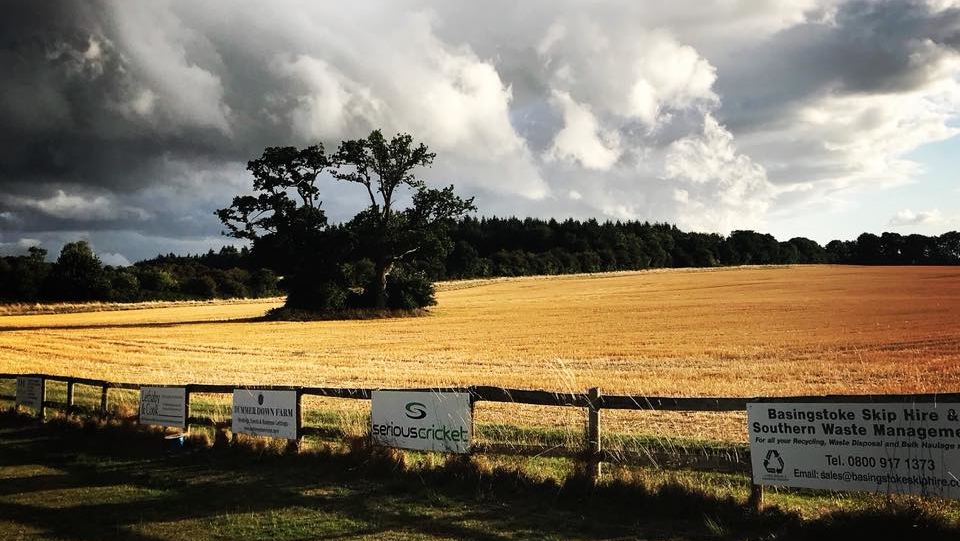 It seems a terrible shame that the weekend where we have record availability (39) is likely to be hampered by the back end of a very wet low pressure system. However, as cricketers, we live in hope, so I will press on with the preview as if it was going to be 25 centigrade and sunny.

The First XI are ready to go again after yet another dramatic win last week against Southampton Solent stretched their unbeaten run to 25. They go to Hursley Park once again searching for some magic in the field to back up some heroic, game saving, batting performances. Dan Sumner makes just 2 changes this week, with Paddy Saines and Michael (I got hit on the head) Wood out and Dan Jones and Alan (Alan) North coming back in.

Big hitting village idiot, Brad Compton-Bearne is rewarded with a number 5 slot after some excellent performances with the bat, whilst Dan Jones, who is looking great in the nets, will be keen to get his first big score of the season, rather than chipping it to mid off or getting run out. Otherwise its as you were with a robust looking batting line up ready to go again.

Hursley are a little out of sorts at the moment so on paper, The Oaks are favourites.  However, judging by the  season so far, it won’t be as straightforward as that, especially if they can’t aim the ball at those three wooden pegs known as stumps.

The Second XI go into their match with Old Basing III desperate to get back to winning ways after two disappointing weeks. They were much improved against a strong Whitchurch side last week and although they have a host of good first change bowlers, George Lethaby is yet to find someone who can do the damage as an opening pairing.

George (who has just finished vomiting after last week’s dismissal) makes three changes this week, with Rav Kancharla, George Rutt, and Sam Stobart out and Ronnie McCewan, Bob Lethaby and Jeff King coming in. If Ronnie’s shoulder can stay attached to his body, he could be the answer to George’s prayers with the leather in hand. As another bonus, Bob Lethaby could provide the ultimate pie chucking option after his 3-27 last week that he won’t talk about…unless you ask him.

After two successive 200+ performances with the bat, runs are not the problem for the Two’s. If they can just find some consistency and a bit of extra fire in the field, there is still time to turn the season into a successful one; especially with Bob back in the side after his 3-27 against Dummer last week. Don’t mention it though, he hates the attention.

As a point of interest, this team features no fewer than three father and son duos, with the Rabley’s, Lethaby’s and McCewan’s making it something of a family affair at Oakley Park. There is nothing better than a public father and son spat at a cricket match, it’s what makes this game such a quintessential summer sport. I literally cannot wait to drop a catch off George’s bowling.

The Third XI are also looking for a spark after their disappointing batting performance last week failed to back up a great effort in the field. They travel to Odiham III’s with captain, Dan Beckell, being the one who had to make hard decisions with surplus players at his disposal.

With Tall Jeff back in the side this week as well as the experienced Tom Harris, The Oaks certainly do look more robust as a batting side. Also with Rav Kancharla dropping down to find some form, Dan has a genuine spin option. If the Third’s can find a win tomorrow, two defeats and two wins will be a return that Dan will be more than happy with. It will also home stop him rearranging the opposition changing room with his bat.

It won’t be easy but they have the ability to do it (win, not rearrange the opposition changing room).

Team in  no real order.

As I write this, the rain is cascading down my office (spare bedroom) window, so who knows whether the rain clouds will clear to allow us games. In cricket, we are trained to cope with despair, it is the hope we can’t stand.

At the moment, hope is all we have.

Let the wagons roll once again…if you play, enjoy your day.